Don’t miss our latest messages, here is a list of them.

Good News For Those About To Tap Out

Don't Come For Me, Unless I Send For You

My Mind Playing Tricks On Me

We Can't Breathe, But We've Got A Second Wind

There They Go, Stirring Up Trouble

Clapping Back In A Crisis

We are waiting to welcome you

Get in touch with us, send us your message.

Thank you! Your submission has been received!
Oops! Something went wrong while submitting the form 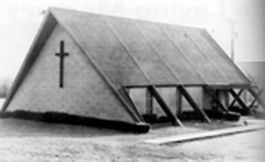 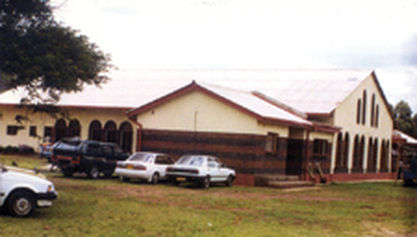 The concept of a community church was the culmination of a dream by organizing pastor, Reverend Robert L. Castle, III. Through his foresight, faith in God, and spiritual inspiration, Friendship-West Baptist Church became a reality. Worship services began on the second Sunday in June 1976 at the Mary Lois Sweatt School of Dance on Liberty Lane, with a total of nine worshippers. During the summer of the same year, the membership grew to over 50 members. The need arose for more space. Consequently, the Wee Wisdom Day Care Center on Camp Wisdom Road became the second temporary site. Within six months, the membership of Friendship-West moved into an A-frame designed church, located on 7505 South Polk Street.

The ministry of Pastor Castle paved the way for enormous growth. He brought new, challenging ideas to spiritually lift God’s people. He served diligently until his untimely death on February 25, 1982. The church was left without a pastor. At that time, the congregation invited Reverend Frederick D. Haynes, III, a studying young minister at Bishop College, to serve as Interim Pastor. Rev. Haynes served until his graduation in August 1982. Again, the congregation was without a pastor. Reverend John Taylor, Jr. was selected to serve as Interim Pastor and served until February 1983. On February 13, 1983, Reverend Haynes returned to assume pastoral leadership, and was officially installed as pastor on April 10, 1983. God continued to shower blessings on Friendship-West and the membership grew to over 300. Because of the rapid growth of the membership, the need arose for more space. While plans were being made to purchase another worship facility, services were held at the Faith Temple Seventh Day Adventist Church at 825 West Pentagon Parkway, from January 1990 until May 1991.

On June 2, 1991, the first phase of Vision 2000 came to fruition. The Friendship-West family moved, by caravan, from its original location, 7505 South Polk Street, to the location at 616 West Kiest Boulevard, praising and giving glory to God. With the prayers, faith, talents, and tithes of the congregation, the current building was transformed into a beautiful place of worship and ministry.

Blessings have overflowed in the last 16 years. God is doing great things for us. From 1996-2006, church membership increased exponentially. Since 2000, approximately 7500 individuals have accepted Christ and joined our flock, with an average of 800-1000 people completing the New Members Curriculum each year. Currently our membership is over 13,400. Friendship-West actively engages in ministries that exalt the Savior, evangelize sinners, emancipate those who suffer, and equip the saints for service through over 45 ministries. The ministries and administration of the church are serviced and led by a full-time pastoral and support staff exceeding 45.

As a reflection of Friendship-West’s commitment to the community, the church served for 10 years as host for the Bishop Five Plus One Community Revival benefiting Bishop College, and continues to be the headquarters for many community events and activities.
While grateful to God for a bright, but brief past, Friendship-West Baptist Church has “promises to keep, and miles to go” before she sleeps. We are now in our new facility on 2020 W. Wheatland Road and continuing ministry that makes a difference!

Realizing the importance, privilege and responsibility of the preaching and teaching the gospel of Jesus Christ, Friendship-West Baptist Church believes the following:

The scriptures of the Old and New Testament as being verbally inspired by God and inerrant and infallible in the original writings, and that they are of supreme and final authority.

In one God eternally existing in one essence, yet co-equal persons, the Trinity: Father, Son and Holy Spirit. Each of whom possesses equally all the attributes of Deity and the characteristics of personality.

Jesus Christ is God, the living Word, who became flesh through His miraculous conception by the Holy Spirit and His virgin birth. For that reason, He is perfect Deity and true humanity united in one person forever.

That Jesus Christ, the second Person of the Trinity, was both fully man and fully God. I believe in His virgin birth, in His sinless life, in His miracles, in His substitution and atoning death through His shed blood, in His bodily resurrection, in His ascension to the right hand of the Father and His present life there as High priest and Advocate for us.

In the blessed hope, which is the personal, visible and imminent return of our Lord and Savior, Jesus Christ.

That the Lord lived a sinless life and voluntarily atoned for sins of mankind by dying on the cross as their substitute, thus satisfying divine justice and accomplishing salvation for all who trust in Him alone.

In the Holy Spirit, the third person of the Trinity, Who convicts the world of sin, righteousness and judgment. He is the life of the believer and He empowers the preaching and teaching of the Gospel.

That the Holy Spirit has come into the world to reveal and glorify Christ and to apply the saving work of Christ to men. He convicts and draws sinners to Christ, imparts new life in them, continually indwells them from the moment of spiritual birth and seals them until the day of redemption. His fullness, power and control are appropriated in the believer’s life by faith.

That salvation of man is wholly a work of God’s free grace and not the work, in whole or in part, of human works or goodness or religious ceremony. God imputes His righteousness to those who put their faith on Christ alone for their salvation, and thereby justified them in His sight.

It is the privilege of all who are born again of the Spirit to be assured of their salvation from the very moment in which they trust Christ as their Savior. This assurance is not based upon any kind of human merit or lifestyle, but is produced by the witness of the Holy Spirit, who confirms in the believer the testimony of God in His written word. That a person who sincerely has accepted Jesus Christ as their Lord and Savior cannot under any circumstance lose their salvation albeit carnal lifestyle or unconfessed sin.

Every believer is called to live so in the power of the indwelling Spirit that he will not fulfill the lust of the flesh but will bear fruit to the glory of God.

That mankind was created in the image of God, sinned, and thereby incurred not only physical death, but spiritual death, which is separation from God, and that all human beings are born with a sinful nature.

In the bodily resurrection of the just and the unjust, the everlasting conscious suffering of the lost in hell and the fellowship of the saved in heaven.

In the existence of a personal devil, who is still working in the world to destroy the souls of men and that he and all his angels and all who do not receive Christ as their personal Savior will eternally perish in the lake of fire.

In the church, whose mission it is to preach the Scriptures to the entire world, all of its endeavors being guided by multiple leadership and supported by the wise stewardship of God’s people.

That the ordinances of the Church, given by the Lord, are Baptism and the Lord’s Table (Communion).

Jesus Christ is the Head of the Church, His Body, which is composed of all men and women, living and dead, who have been joined to Him through saving faith.

God admonishes His people to assemble together for worship, for participation in ordinances, for edification through the Scriptures and for mutual encouragement.